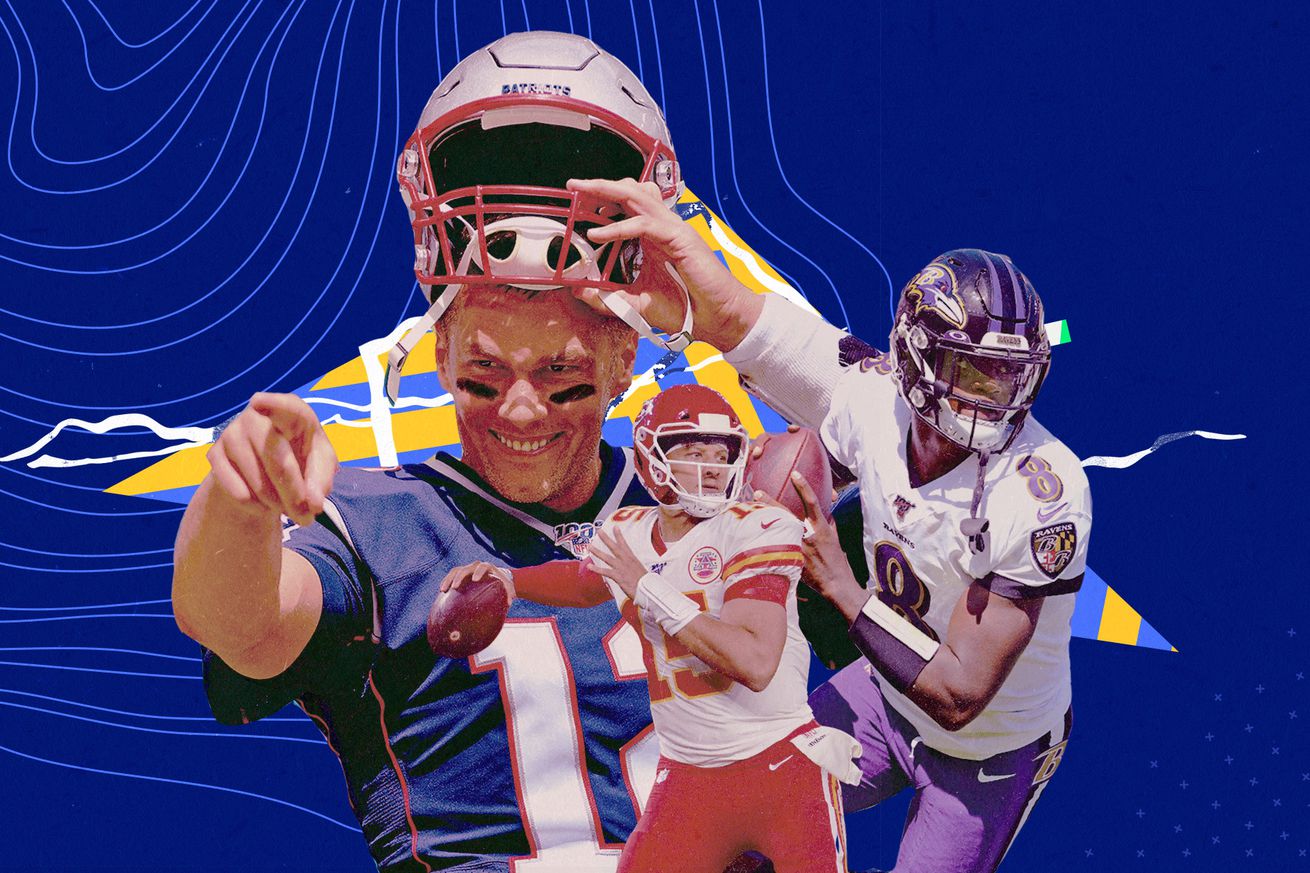 Is anyone going to be able to dethrone Patrick Mahomes as NFL MVP?

A decade ago, Peyton Manning won the 2009 NFL MVP Award with 33 touchdown passes, 16 interceptions, and a 99.9 passer rating. Those numbers probably wouldn’t even warrant a Pro Bowl nod in 2019, let alone the league’s top honor.

It takes gaudy stats to stand out in the NFL of today.

Patrick Mahomes was happy to oblige in 2018 with 5,097 passing yards and 50 touchdowns. Only seven players have ever topped 5,000 passing yards, and Mahomes joined Tom Brady and Peyton Manning as the only three to ever reach 50 passing touchdowns.

Who will step up to the plate in 2019? There’s no shortage of contenders.

With several NFL players — mostly quarterbacks — racking up monster numbers, we’ll keep track of the MVP race as it plays out week by week. The current favorites are right here at the top:

Week 2: Patrick Mahomes is close, but Lamar Jackson’s still No. 1

There was some shuffling, but not much changed in the far-too-early MVP race.

The top tier remains the same, although Mahomes edged Prescott for No. 2 and is just barely trailing Jackson. Both Jackson and Mahomes have seven touchdown passes and zero interceptions. Mahomes has the edge in passing yards (821 to 596), but Jackson is still the favorite thanks to 120 rushing yards tallied in a 23-17 win against the Cardinals.

Prescott is third for the crime of throwing just one interception against Washington. Still, he has 674 passing yards, seven touchdowns, and a ridiculous 82.3 completion percentage, so he remains a legitimate contender.

Wilson was on the outside looking in after Week 1, but three touchdowns and no interceptions against the Steelers has him in the mix now. Wilson has five touchdowns and a 134.5 passer rating through two weeks.

Brady also has five touchdowns and no interceptions, though he’s just a little bit behind with a still-very-excellent 124.8 passer rating.

Marcus Mariota’s lackluster 154 yards in a 19-17 loss to the Colts drops him from the list of current contenders.

No player has more rushing yards (265) or touchdowns (3) than Cook. He’s averaging 132.5 yards per game for the Vikings, which would be a 2,120-yard season if the pace held through the remainder of the schedule.

Week 1: Lamar Jackson jumps out the gates for an early lead

At the top of the heap in the first weekend of the season were a trio of young quarterbacks who shined in blowout wins.

Jackson threw five touchdown passes against the Dolphins — undoubtedly the worst team in the NFL — but nobody’s going to care who the touchdowns came against when the season ends. While both Jackson and Prescott finished Week 1 with a perfect passer rating, the Ravens quarterback has the slight edge because Prescott only threw four touchdowns against the Giants.

Not too far behind is the reigning MVP, Mahomes. He threw for 378 yards and three touchdowns against the Jaguars, a team with a defense that’s actually good.

Perhaps you’ve heard of Brady? The three-time MVP is 42 now, but still looked pretty damn good when he threw for 341 yards with three touchdowns in a 33-3 beatdown of the Steelers.

Mariota also had three touchdowns in Week 1 and did it in a 43-13 win over the Browns. If he had more than 248 passing yards — 75 of which came on a Derrick Henry screen pass — he’d be up in the top group.

A receiver has never been named the NFL MVP before, and Watkins won’t get it this year. But 198 receiving yards and three touchdowns is one helluva week for the Chiefs receiver, who ate the Jaguars secondary alive to start his season.

Adam Silver Has Proposed New Tampering Rules, but Does the NBA Really Want to Enforce Them?