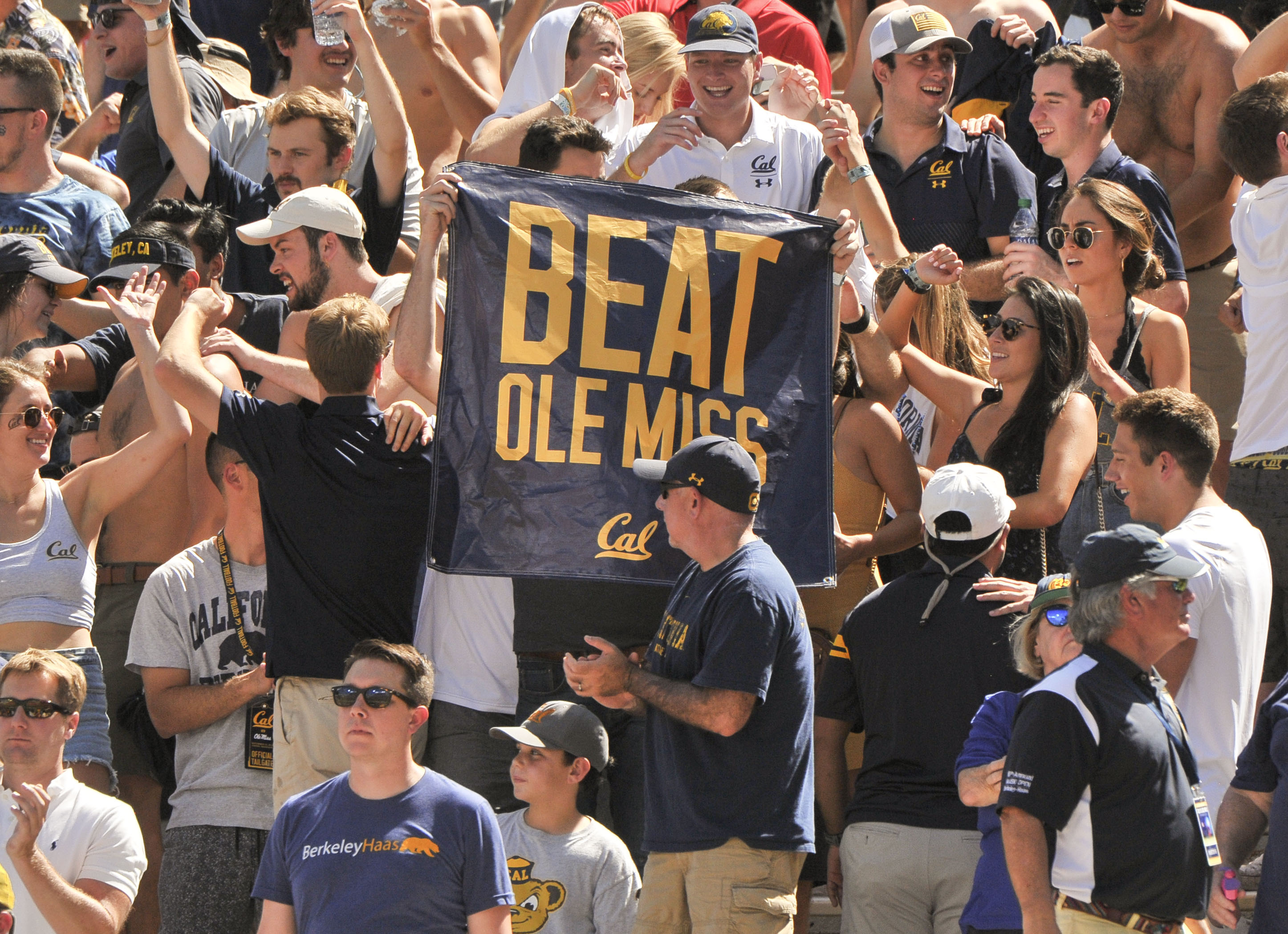 In terms of ideologies, Cal-Berkeley and Ole Miss have reputations that, earned or not, exist on opposite sides of the spectrum. That’s what makes their football series so fascinating. It’s California Liberals vs. Deep South Conservatives, so to speak. And based on one fan comment picked up during ESPN’s broadcast of the game on Saturday in Oxford, it seems as though, at least anecdotally, “they are who we thought they were.”

Early on in the first quarter, the game was tied 7-7 when a hot mic picked up an (presumably) Ole Miss fan yelling “Fuck you, communist motherfuckers!” at the Cal Bears (again, presumably).

Finally had a chance to track this down pic.twitter.com/nDNXMrsid8

What really makes the moment is the way that the announcer almost sounds like he hears the explicit taunt and wants to allow it some space to breathe.

Alas, those communist motherfuckers controlled the means of production on this day, racing out to an early lead and holding on for a 28-20 victory. That pushes Cal to 4-0 on the season and arguably makes them one of the favorites to win the Pac-12 as of right now, especially with a win over Washington and Utah’s falter against USC earlier this week.

Ole Miss, meanwhile, falls to 2-2 and heads to Tuscaloosa next week to face the No. 2 Alabama Crimson Tide. If yelling insults at Cal didn’t seem to do anything, you better believe that it won’t have much of an impact on Nick Saban’s capitalist nightmare machine of a football team either.

Several ABC affiliates cut away from the last minute of Pitt’s 35-34 win over No. 15 UCF for commercials and local news

Your Week 3 Matchup Guide: Is Mahomes-Lamar the Next Great AFC Rivalry?