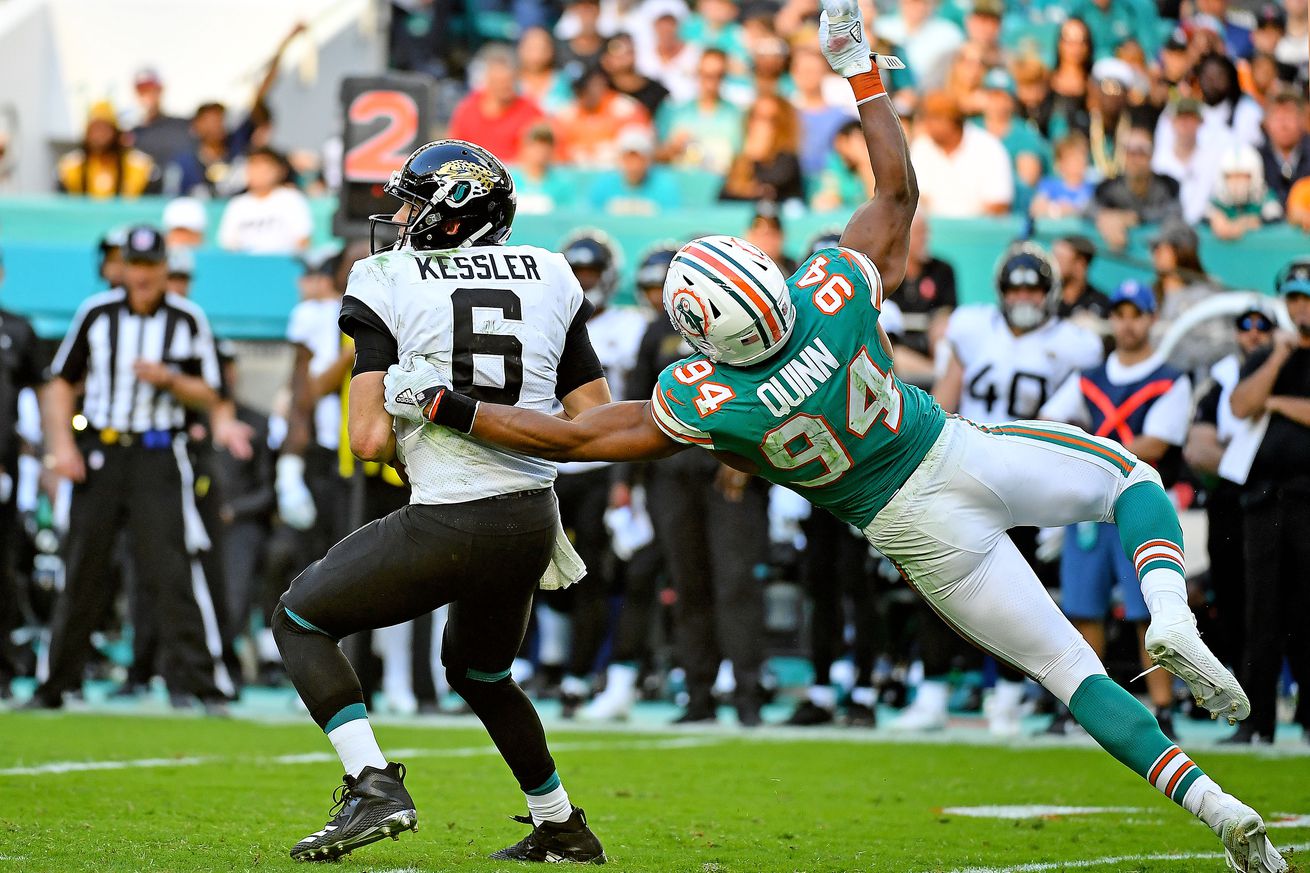 Clarence Hill gives five things to watch for in week three for the Cowboys.

The Cowboys offense has scored 35 and 31 points in their first two games against the Giants and Redskins, respectively. They offense reeled off five consecutive scoring drives in both contests to finish up like a well-oiled machine. But both games featured flow starts as the Cowboys have a total of 7 points in the first quarter combined from both games. So that tops of the list of things they hope to improve against the Dolphins.

“Yeah, just want to play better on the outset of the game,” coach Jason Garrett said. “So much of those early drives come down to converting a third down. If you make a throw and make a catch in those situations, those drives get going. Unfortunately, we haven’t been able to do that, but I think our guys have responded well as the game has gone on.

Heading into Dallas, the Miami Dolphins have made a big change at quarterback, turning to second-year QB Josh Rosen.

The Dolphins are turning to the second-year pro in an effort to jump-start a team that has been outscored 102-10 in the first two games.

A person familiar with the decision by rookie coach Brian Flores confirmed the change to The AP on condition of anonymity Thursday because the team had not announced it.

Rosen can’t fix all of the rebuilding Dolphins’ many problems, but he’s considered a potential franchise quarterback and will make his first start for Miami at Dallas on Sunday.

The Dolphins also claimed former Cowboys first-round pick Taco Charlton off waivers. The defensive end was drafted in 2017, had four sacks in his first two seasons and was released Wednesday.

Rosen was traded in April after only one season with the Arizona Cardinals, who took him in the first round of the 2018 draft. The Dolphins are eager to stop a revolving door at the position, and Rosen will be their 21st starter since Dan Marino’s last game 20 years ago.

Regardless of how Rosen plays, the Dolphins are expected to use one of their three first-round picks in 2020 on a quarterback.

Why the Dallas Cowboys will disappoint against the Dolphins - Reid Hanson, Fansided

What will it take for the Cowboys to IMPRESS in this week three matchup?

We saw last season how Sean McVay and the LA Rams took the league by storm with their gameplan only to be completely exposed when it mattered the most – in the Super Bowl. Perhaps Kellen Moore doesn’t want to show all of his cards until he has to. The thinking is the Dallas Cowboys don’t have to pull out all the stops to win. They can run a vanilla brand of football, leaning heavily on 12 and 22 personnel groups that run the ball a lot and attack the seam with TEs.

Avoiding QB keepers on the read-option and saving the always-effective RPOs for another day could pay dividends down the road. It’s all about saving plays for when the Cowboys need them later in the season.

The mothership crew gives their predictions for Dolphins @ Cowboys.

David Helman: Once again, let’s not overthink this thing. I’m sure there will be some moments of adversity in this game, and it’s worth noting that several Cowboys starters will be out injured. That’s fine. The Cowboys are still much better, and they should win comfortably. This feels like a week for Dallas to get back to the old ground-and-pound method. The Dolphins are allowing 196 rushing yards per game, so Ezekiel Elliott and the Cowboys’ offensive line should be able to have their way in this matchup. On the flip side, you’d like to think the Dallas pass rush will be able to get home a few times against Josh Rosen, especially with Robert Quinn coming back to the lineup. It might take a little while to pull away, but I ultimately expect the Cowboys to rush for 300 yards as a team and force a couple takeaways in a convincing win – something like 38-10.

BTB’s own David Howman takes look at the Miami defense through the first two weeks of their historically bad start.

All jokes aside, Miami actually runs a pretty creative scheme. They move players around with so much regularity that it can be confusing to the offense. Before trading Minkah Fitzpatrick to the Steelers, the talented defensive back was alternating between all five positions in the backfield, as well as playing both SAM and WILL linebacker. While it frustrated the young defender so much he asked for a trade, that’s the kind of versatility this defense, at least in theory, has.

Of course, the first step is to acquire talent that can execute that scheme. To that point, Miami has a few young players to build around. Linebackers Jerome Baker and Raekwon McMillan have shown a lot of potential so far, especially Baker, who leads the team with 20 tackles. McMillan has been used less after missing some preseason time with an injury, but he’s still put up eight tackles. Third-year defensive tackle Davon Godchaux has also been a rare disruptive force on the defensive line, piling up 10 tackles so far.

The biggest weakness for Miami has been their lack of a pass rush. After moving on from Cameron Wake and trading Robert Quinn, Charles Harris became the longest-tenured edge rusher on the team. Harris, a first round pick in 2017, has only managed three career sacks. In order to try and revitalize his carer, Flores and Graham have had him playing both with his hand in the dirt and standing up as an outside linebacker. So far, the results are mixed and Harris has yet to register a sack.

Let’s take a look into the mothership mailbag with Bryan Broaddus and Rob Phillips!

Could we consider La’el Collins as one of the most improved Cowboys since last year? I think Michael Gallup would probably win this trophy, but I’ve been really impressed so far with Collins’ consistency in run and pass sets. - MAX DAVISON /NEW ORLEANS, LA

Bryan: Collins has been good. My vote would be Xavier Woods. It’s a shame he’s injured right now, but overall he’s been outstanding. He’s really become a complete player.

Rob: I’d go with Gallup, but besides him, yes, Collins seems to be getting more and more comfortable at right tackle. Chidobe Awuzie is another rapidly improving player. Receivers – teammates in practice and opponents in games – just haven’t found much space against him. Head coach Jason Garrett said Awuzie is an excellent practice player and carries it over to game day.

Tank Lawrence offers tough love, not tears to Taco Charlton on his way out of Dallas - DeMarcus Lawrence, Star-Telegram

Tank Lawrence has some interesting comments for his former teammate.

While acknowledging the issues that defensive line coach Rod Marinelli, Lawrence agreed with the coaches and the front office on that it proved numbers fit also that got Charlton in Dallas with the return of Robert Quinn, the improvement of Dorance Armstrong and his lack of versatility on special teams.

“I felt like going through everything and with Rob Quinn coming to play and DH stepping up in his game,” Lawrence said. “I feel like the roles were filled. The next thing we had to fill on the roster was the special teams spot. So you able to play special teams and rush the pass that highlights your game a lot. We still have to play that third phase of the game That’s what I feel like the only issue was. His job title was to come in and be a rusher. We needed more fits on special teams also.”

Lawrence said the defensive line talked to Charlton before he left for Miami on Thursday.

Steelers vs. 49ers: How will the 49ers defense attack Mason Rudolph?